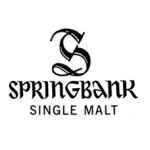 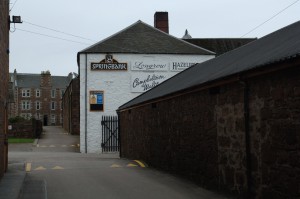 1828: The Reid family, in-laws of the Mitchells, founds the distillery, which is registered under the name of William Reed Jun. & Co. It is the 14th licensed distillery in Campbeltown. Prior to that, it is said that Archibald Mitchell ran an illicit distilling operation on the site.

1837: The Reid family faces financial difficulties and the distillery is sold to Archibald William’s sons, John and William.

1852: The distillery operates now under the name J.W. Mitchell & Co.

1872: William Mitchell leaves the company after a dispute with his brother and founds the Glenglye distillery.

1897: John’s son Alexander joins the company which is then renamed to J & A Mitchell.

1926: The distillery closes in the wake of the great depression. However Springbank is by far not the only troubled distillery in Campbeltown at that time. 18 distilleries are closed down between 1920 and 1928.

1933: The distillery restarts the production. Just one year later, Springbank is one of only two active distilleries left in Campbeltown (the other one is Glen Scotia), after the Rieclachan distillery is shut down. Campbeltown, for a long time considered the whisky capital of Scotland with its 34 distilleries (with a population of just 1,969) is now a shadow of of its former glory.

1973: The first Longrow is distilled.

1979: A general downturn in the whisky business forces the distillery to close.

1987: The distillery restarts the production but only to a limited extent.

1989: The production is back at full capacity.

1997: The first Hazelburn is distilled.

2000: Hedley G. Wright, chairman of Springbank and great-great grandson of Archibald Mitchell, buys the Glengyle distillery buildings. The distillery was sold in 1919 by William Mitchell and was closed by the new owners in 1925. Glenglye is rebuilt in 2004, making it the fist new distillery in Campbeltown in over 100 years.

2005: The first Hazelburn, a 8 Years Old expression, is released.

2008: The distillery closes temporarily so new warehousing can be built. The whisky-making process resumes in 2009.