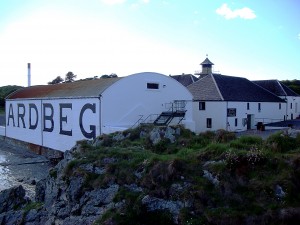 1853: John MacDougall dies and his sisters Margaret and Flora MacDougall, supported by Colin Hay, take over the operations. Colin Hay becomes the sole licence holder of the distillery after the death of the sisters.

1899: Colin Hay dies and his son Colin Elliot Hay takes over the licence.

1911: Ardbeg, including their trademark letter ‘A’, is registered as a trademark.

1987: Allied Lyons becomes the new owner of Ardbeg through the acquisition of Hiram Walker.

1989: Production resumes on a limited basis without own maltings. All malt is taken from Port Ellen now.

1997: Glenmorangie PLC takes over the financial trouble distillery for £7 millions.

2000: Ardbeg 10 Years Old is released as the flagship expression of the distillery. The distillery’s fan club, called Ardbeg Committee, is founded.