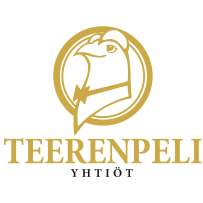 1995: Anssi Pyysing (who also owns the Restaurant Taivaanranta) begins to brew beer in a micro-brewery.

2002: The Teerenpeli Distillery (flirtation, literally: Black Grouse play) is opened in the basement of the restaurant which is located on the main street of Lahti, a small city north-east of Helsinki.

2011: An 8 year old, matured in a mix of both bourbon and sherry casks, is introduced.

2013: An 8 year old with a rum finish called Distiller’s Choice Äes is released.

2014: The first 10 year old is released. It is bottled at cask strength and only available in the restaurant.

The Single Malt from Teerenpeli is made up of Finnish malted barley only and with fresh groundwater from the Salpausselkä ridge. Teerenpeli is with a capacity of 40 000 liters the biggest distillery in Finland.