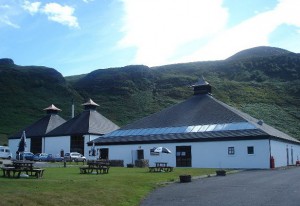 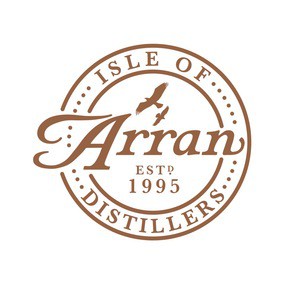 1993: Harold Curie, former director of Chivas, founds the Arran distillery {ARR-en}. It is the first (legal) distillery on the Isle of Arran since 150 years. The Lagg distillery, founded by Matthew Speirs in 1825, was closed in 1837. The production runs at full capacity in 1995. The official opening of the distillery is in 1997 by the Queen.

Every year a couple of golden eagles is nesting nearby the distillery. During this time utmost care is taken to not disturb the protected birds.

The Arran distillery is a member of the Robert Burns World Federation. In memory of the Scottish national poet they released two bottlings: ‘Robert Burns Single Malt’ and ‘Robert Burns Blended Whisky’. Arran is the only distillery permitted to use the portrait and signature of Robert Burns on their labels and packing.