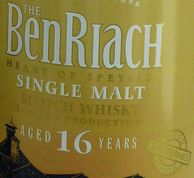 Later today I will also review this new Sauternes expression from BenRiach, but now it is time for BenRiach 16 Years Old Sauternes Finish. 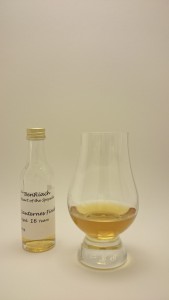 The Sauternes brings in some honey sweetness including some very subtle noble rote. With some times sweet raisins and white wine must evolve. Now also a touch citric. Undertones of hay.

Feels a bit like chewing on sticky caramel. Touches of vanilla balanced by white pepper. Then the oak has its big appearance.

Do not expect a big, sweet dessert whisky. This is a more wood driven expression and the Sauternes is rather subtle. Still nicely balanced and pleasant