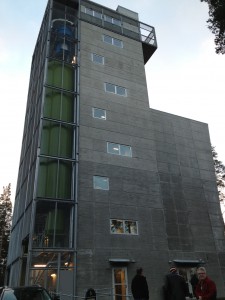 1999: Mackmyra starts with the production.

2009: The construction of the Mackmyra Whiskyby (whiksy village) begins. The construction site is a former military training area north of Stockholm. A forest warehouse, a visitor center, including a restaurant, as well as a gravity distillery (opens in 2011) are built. The old distillery is preserved, but not used any longer.

2014: The company runs into financial problems due to the high investment in the new distillery (around £50 million) as well as slow sales in several markets. As a result, 15 people are laid off, while the production is lowered to 100,00 bottles compared to 750,000 in 2013. Furthermore, Mackmyra starts to focus on Scandinavia and northern Germany.

Mackmyra is using only local products for its two basic recipes, a “fruity and elegant” and a “peaty” one.

Mackmyra has several warehouses. One of them is located in Germany, east of Hamburg (since 2011).