Truth be told, I was not overly impressed by some of the more recent releases from Laphroaig like the Laphroaig 1991 23 Years Old or the Laphroaig 15 Year Old 200th Anniversary Limited Edition. Don’t get me wrong, those are fine whiskys but they were by far not as good as the fantastic Laphroaig 2001 Old Particular Feis Ile Bottling 2015 for example.

All the more I am excited to have a look at three rather new expressions from Laphroaig today, namely the Original Cask Strength Batch 7, Cairdeas 2015 and the 21 Years Old. And to make things even more interesting, I will compare those three to their 2014 predecessors, respectively the 21 Years Old to an independent bottling from Ian MacLeod. 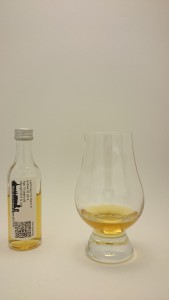 Oily, creamy and rich. The high strength is definitively noticeable. Peat, medicine and iodine. Sweet vanilla balanced by a whiff of salt and peppery oak. Followed by citrus fruits and milk chocolate.

Long and drying with a lot of  sweet smoke. Mouthwatering.

Very delicate and complex. A true powerhouse. For everyone like me who loves edgy Laphroaigs.